Foley Family Wines continue to earn acclaim from the top publications in the wine industry. Here’s a recap of recent acclaims from the past few months:

Chalk Hill is often recognized for their fantastic white wines and notable Estate Red, but The 2015 Chalk Hill Pinot Noir is not to be missed – and Wine Advocate agrees. The publication awarded it 92 points as part of their June 2018 issue, saying:

Wine Spectator awarded the 2015 Chalone Estate Pinot Noir with 90 points as part of their November 2018 reviews.

Year after year, the Chalone Estate Pinot Noir exemplifies the impeccable structure and flavor complexity imparted by old vines budded to heritage clones – and the 2015 vintage is no different. Composed of 100% estate vineyard fruit,  the inviting aromas of ripe cherry, blueberry, and baking spices are well defined.

The Long Beach International Film Festival (LBIFF) is more than just a film festival – it’s a harmony of arts and culture that included their wildly popular culinary event, Taste on the Beach, which saw record attendance this year. As part of Taste on the Beach, the 2015 Roth Cabernet Sauvignon, Alexander Valley was recognized for Best Red Wine.

The 2015 Cabernet Sauvignon is no stranger to acclaims – earlier this year, Wine Spectator also recognized its “rich and concentrated effort that’s firmly tannic, with a seam of elegance” and awarded it 91 points. 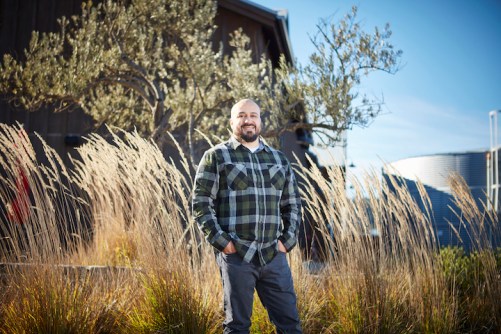 July 4th Wine Picks and Food Pairings From Our Winemakers

There are many reasons to celebrate this coming Independence Day. For one, as of the end of June, 66% of Americans have one vaccine shot, and 57% are fully vaccinated,…

Grazing The Surface of Chalone’s History

Pictured above: View of historic 1919 Chenin Block vines—center top block, right of the winery. By Jonathan Cristaldi A few weeks ago, I spent an entire day at Chalone. I…