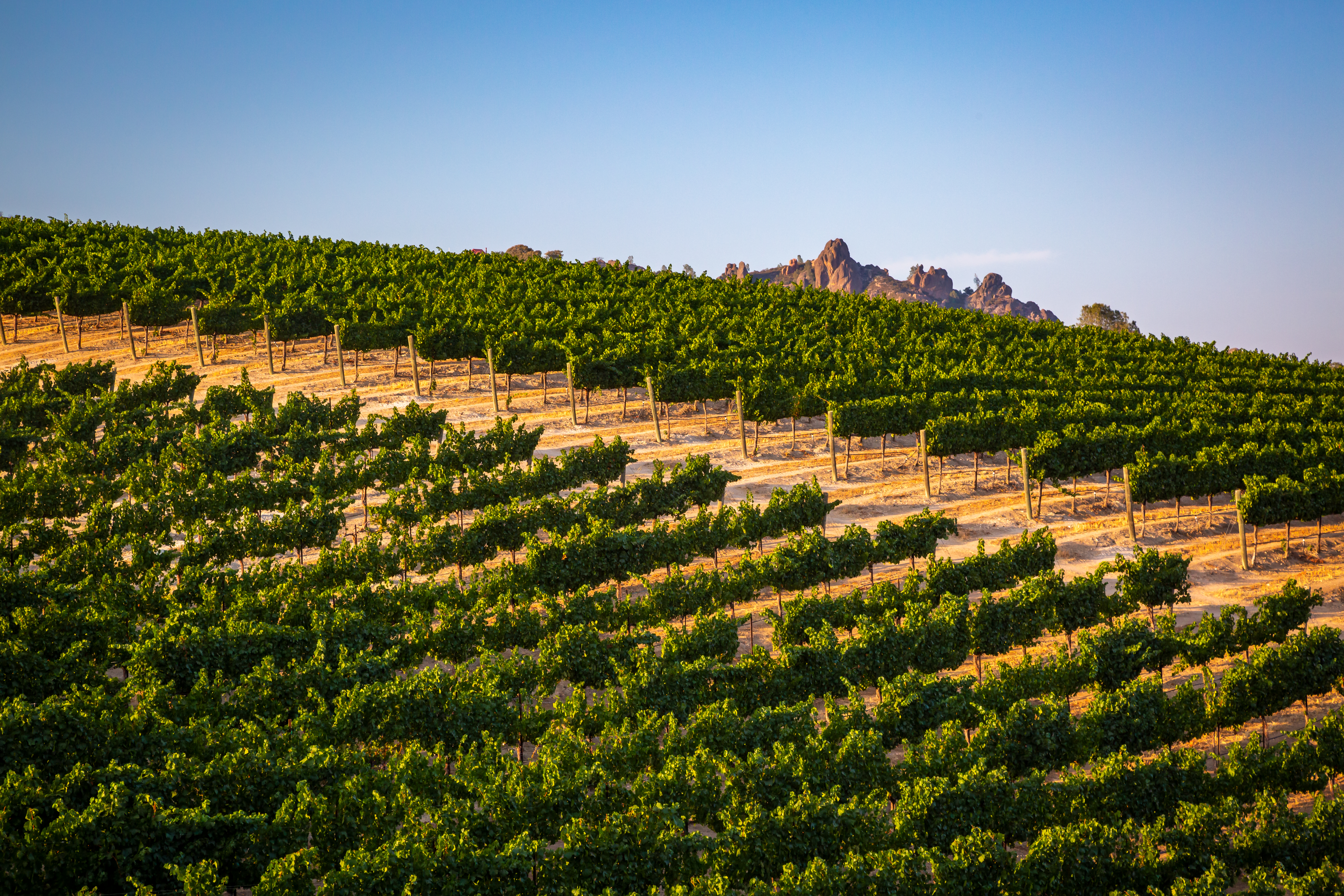 Chalone Vineyard is the oldest bonded winery in Monterey and is the sole winery in the Chalone American Viticultural Area (AVA), a federally designated area that has climatic, geologic, and geographic features that distinguish it from the land surrounding it.

The Chalone Appellation is dry, with an average rainfall of fewer than 15 inches annually. The Climatological Data Reports issued by the U.S. Weather Bureau classifies the Chalone Appellation as Region I in some years, and Region IV in others. Despite such weather variation, the wine quality of Chalone Vineyard remains consistent with each vintage, as we feel Chalone Vineyard’s unique character is not based on weather, but on its unique soils. Nonetheless, the combination of various environmental elements results in vividly flavored grapes that produce wines with pronounced varietal character and a great deal of complexity.

Terroir may not be tangible, but its presence is undeniable in the wines of Chalone Vineyard. A French word that has no direct English translation, terroir can be loosely interpreted as a sense of place conveyed through wine. The idea of terroir encompasses not only the soil but also the subsoil, drainage, degree of slope, soil temperature, orientation to the sun and the influence of climate on all these factors.

Into the 1980s, most California winegrowers did not pay much attention to terroir because it was believed that the desired Old-World characteristics could be achieved through winemaking technology. Back then, and even today, the major concern in considering a site was climate, but Dick Graff searched for soils. Recognizing that Chalone Vineyard’s soil composition was significantly similar to that of Burgundy, Graff set out to produce great wines in which true terroir could be tasted.

Dramatic climate changes occur at Chalone Vineyard, not only from season-to-season, but from hour-to-hour. Although the Chalone Appellation is part of Monterey, it sits above the fog that shrouds the Salinas Valley for much of the day. During the growing season, the fog usually burns off between 8:00 am and 10:00 am, leaving intense sunlight in its wake. This warming effect is greatly tempered by the mists and cool air from the Pacific Ocean, which swirl around the Pinnacles and its neighbor, Chalone Peak. These climatic influences can provide for temperature variations between 40 degrees to 60 degrees Fahrenheit that can reach as high as 90 degrees Fahrenheit during the day, to considerably cooler temperatures of approximately 50 degrees Fahrenheit at night. Grapes need these cold nights to maintain their acidity while fully developing their flavors. If it were not for the upwelling of the very cold Pacific Ocean water in Monterey Bay, the local climate would be more constant but also much hotter.

Our vineyard is one of the few in the U.S. that grows grapes in limestone-based soils. Our vineyard’s soils are quite unusual in that the limestone deposits are interspersed with decomposed granite and moderate amounts of clay. The limestone in our soil causes the vines to struggle, limiting their vigor, and resulting in more flavor and complexity in the grapes. The decomposed granite has very little water-retaining capability, which further reduces the vines vigor, making canopy management relatively unnecessary. The structure of the soil influences drainage, helping create homogeneity of ripeness in the grapes, and the overall soil composition produces distinctive minerality and brioche flavors in our wines. The overall soil composition.